Last week, one of my corporate clients asked me to do a rush proofread on a PDF file. Time was short, but the team publishing the document had reviewed and approved all the text. There had been no copyediting stage, however.

I work frequently for this company. I’m well versed in its precise style guide, and the design team and I work well together. Catching errors and minimizing proofreading rounds shouldn’t have been issues. But because there had been no copyedit, the proofread took much longer and went through more review rounds than usual.

True, the copyedit would have taken time. My general copyediting speed for this client is five pages an hour, and this was a 10-page document; that would have added two hours to the schedule. (Note that the copy review stage, done by the team publishing the document, typically takes place after a copyedit; their time would have been about the same.)

When the copy has been professionally copyedited, however, my proofreading rate is 10 pages an hour, meaning the first proofreading pass for this job would have taken only an hour if the text had been edited first. The design team is sharp; we typically have all the errors identified and fixed in two rounds. A second round on a job this size might take only 15 minutes. That’s 1.25 hours total.

Did the company save anything by skipping the copyediting stage? In a word: no.

Certainly they saved time early on by not copyediting. However, the proofread became more complicated and took longer than usual. Although the estimated time spent proofreading is close, I actually spent more time proofreading than I would have spent copyediting and then proofreading.

The heavier proofread also meant the designer had to put more time into the project as well (I don’t have the exact numbers), and design time is billed at a higher rate.

Not only did the company spend more on proofreading, it also spent more on design.

The quality of the finished product was inferior, as well. Because of the looming deadline, I had to triage the proofread. Copyedits had to be minimized to prevent a new round of team approvals, which would add days, if not weeks, to the publishing schedule, but some were definitely needed. I spent less time, then, on proofreading-level errors.

Do the remaining errors really affect the document’s quality? Such things as line endings that create holes in the right margin won’t affect quality too much; those holes can be distracting for readers who notice, but not every reader will.

More troubling were the awkward sentences that had to remain. While the text was correct—always the first priority—some of the text could have been smoother, contributing to a more pleasing rhythm. The client values quality writing, and awkward constructions pull the reader out of the text, sometimes never to return.

WHEN THIS HAPPENS TO YOU

Use my experience as a case study in why skipping copyediting is costly. The time and dollars lost are minimal here because the job was small. Those figures multiply quickly as the word count and document complexity rise. When your employer or client is tempted to skip the copyediting stage, pull out this article and your data. Channel your middle-school self and show your work for these math problems. Even if quality is negotiable, time and money rarely are.

This article originally published on Copyediting.com. 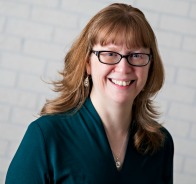