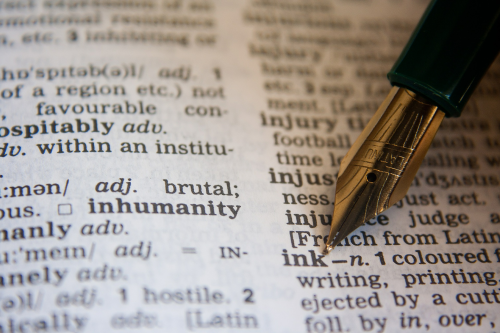 Sometimes the best way to learn a word is to learn the word’s story. Where has the word been? What was its original meaning and how was it used? This post will give you the story behind a word many people struggle with.

This adjective means “unfavorable or harmful,” as with an adverse reaction. It also means “acting in opposition.” Chambers Dictionary of Etymology says that adverse first appeared in Geoffrey Chaucer’s Troilus and Criseyde (spelling modernized):

Then said he thus, fulfilled of high disdain,
“O cruel love, and thou, Fortune adverse,
This all and some, that falsely have thee slain
Criseyde, and sin thee may do me no worse,
Fie on your might and works so diverse!”

It’s thought that Chaucer borrowed adverse from the Old French avers, meaning “unfriendly” or “contrary,” according to Online Etymology. Originally avers descended from the Latin adversus, “turned against” or “turn toward.”

These days, you’re likely to find adverse paired with effects, reactions, or impact, among other nouns.

Not cryogenics, just a carefully maintained cold period above freezing, but low enough to slow metabolism almost to a standstill, prevent cellular damage, other adverse effects. —The Magazine of Fantasy and Science Fiction, Jan-Feb 2011

That’s especially important if you have kidney or liver problems, since both ailments multiply the risk of adverse drug reactions. —Consumer Reports, July 2008

If the costs to society of an action by the agency exceed the benefits, that situation has no immediate adverse impact on the agency. —USA Today Magazine, November 2008

What word stories are you interested in hearing? Let me know in the comments section below.