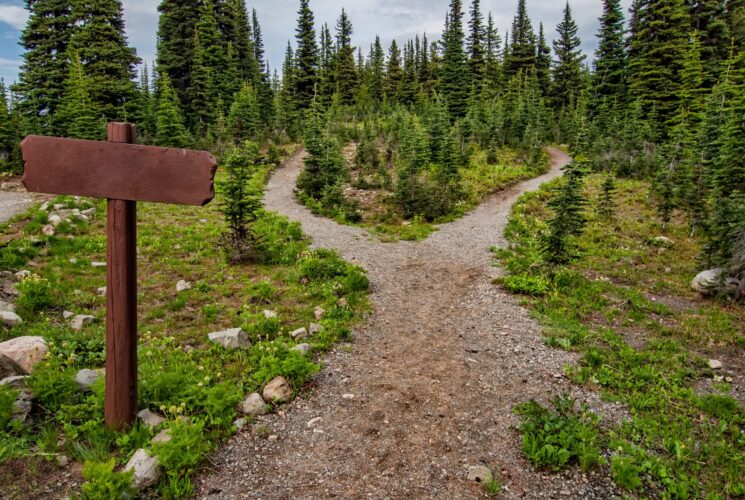 The world of writing and editing involves so many diverse perspectives that the rules of grammar and usage can often become subjective. While some professionals may favor one rule or usage, others may disagree. One of these debates in particular surrounds the usage of the word “alternate.”

Many writers and editors were taught not to use the adjective “alternate” for “alternative,” but this topic frequently sparks debates amongst writing and editing professionals.

So, can you use “alternate” as an adjective for “alternative”? Let’s see what the style books and dictionaries have to say.

Garner’s Modern English Usage (5th ed.) notes that “alternate is often misused for alternative, an understandable mistake given how close sense 2 of alternate [‘substitute’] is.” According to Garner, this “misuse” is at stage 2 of his Language Change Index: “The form spreads to a significant fraction of the language community but remains unacceptable in careful usage.”

The American Heritage Dictionary (AHD) lists the “substitute” definition for alternate but links to a Usage Note for it:

[Alternative] may also refer to a variant or substitute in cases where no choice is involved, as in “We will do our best to secure alternative employment for employees displaced by the closing of the factory.” In our 2009 survey, 87 percent of the Usage Panel accepted this sentence. Interestingly, only 52 percent accepted alternate when used in the same sentence.

That 52 percent seems to agree with the idea that this usage of alternate is growing but alternative is still the preferred choice.

Other dictionaries, including Merriam-Webster, list the “substitute” meaning for alternate as well. Oxford Dictionaries labels it “chiefly North American.” In British English, alternate isn’t used as a noun to mean “a substitute for something,” so it makes sense that the term isn’t stretched to an adjective form. The Cambridge Dictionary agrees, affirming that if your intention is to use the “substitute” meaning, go with alternative.

In searching several corpa—the Corpus of Contemporary English (COCA), Corpus of Canadian English (STRATHY), and the British National Corpus (BNC), all found at http://corpus.byu.edu/—I noted the “chiefly North American” label to hold true, but I think the scales have tipped in favor of alternate over alternative in general use. As Merriam-Webster’s Dictionary of English Usage indicates, it’s difficult to find examples of alternate and know what the context is. In my research, I saw several example sentences referring to alternate routes, so I searched on that (not very scientific, but sufficient for our purposes):

In both American and Canadian English, alternate was more common than alternative when paired with route. Does this hold true for other pairings? It’s difficult to say without searching for specific phrases.

But this adjective form of alternate has made its way into Standard American and Canadian English to some degree. Several dictionaries list the definition, and about half of AHD’s 2009 Usage Panel was comfortable with the usage. While Garner doesn’t seem thrilled with it, he does note that it’s commonplace, and the numbers from the corpa support that conclusion.

Changing alternate to alternative as in our sentence above is something language nerds might notice, but few others will. This is a change you can safely skip.

A version of this article originally published on January 21, 2014, on Copyediting.com.