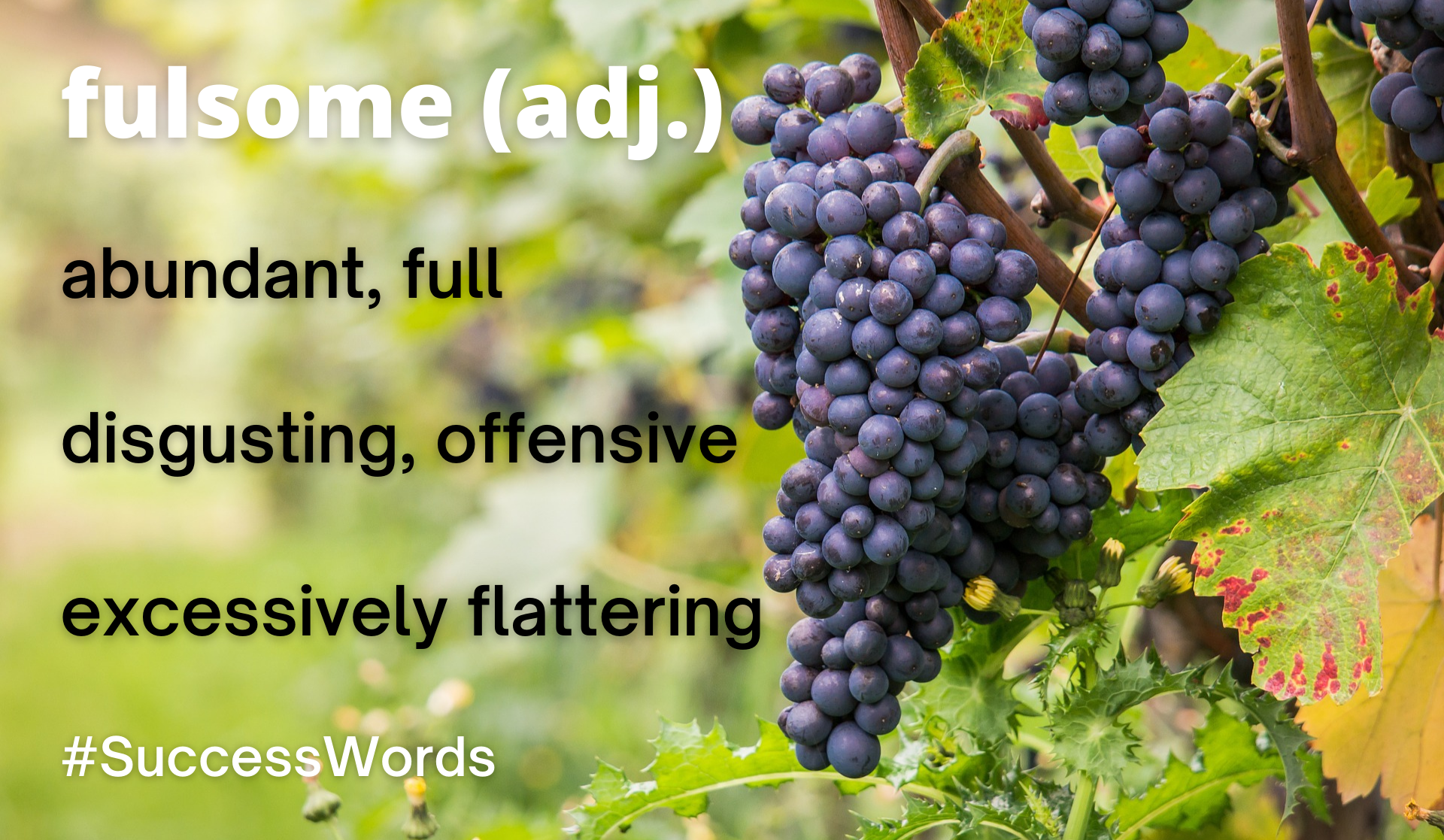 Some words travel a winding path to their meanings, causing language users confusion over what they actually mean. A word whose definition or usage is so hotly contested that it never fails to draw attention to itself is called a skunked term. It may be that language users will resolve the problem over time, but until then, what’s a writer to do? Today, the story behind fulsome and what to do with this stinky term.

According to The American Heritage Dictionary, the adjective fulsome means “excessively flattering or insincerely earnest,” “disgusting or offensive,” or “copious or abundant.”

Fulsome dates to the 1200s, when its components (ful + som) gave it the meaning “abundant, full,” says the Online Etymology Dictionary. By the mid-1300s, it had come to mean “plump, well-fed.” It morphed again in the 1600s to mean “overgrown, overfed” and “offensive to taste or good manners,” a meaning it retains today.

In 1828, Noah Webster listed the only definition of fulsome in his dictionary as “disgusting or offensive,” while The Oxford English Dictionary lists “excessively flattering” as the only current definition in 1897—dating it to 1663—labeling the others as obsolete.

Yet somewhere along the line, the original neutral meaning came back.

By the 1940s and 1950s, says Merriam-Webster’s Dictionary of English Usage (MWDEU), there was an outcry against using fulsome to mean “abundant.” Usage mavens began urging the “disgusting or offensive” use, some mistakenly referring to it as its traditional sense. But language speakers haven’t listened.

Within the first 20 results on search for fulsome on the Corpus of Contemporary American English (COCA), we get a few uses each of the “excessively flattering” meaning and the “offensive” meaning, while most are the “abundant” meaning.

Sometimes, it’s difficult to tell in context which meaning is intended, though the “abundant” meaning is usually clear. Garner’s Modern English Usage notes that the “abundant” meaning is at stage 4 of its Language Chance Index: “The form becomes virtually universal but is opposed on cogent grounds by a few linguistic stalwarts.” Even so, Garner’s prefers the “offensive” meaning and notes that the term is probably skunked. It advises avoiding the term at best and being extremely clear in the desired meaning at worst. MWDEU is in rare agreement with Garner’s because of the possible misunderstanding of the term and the probable firestorm from its use.

My guess is that in a generation or three, fulsome will be full accepted and understood as meaning “abundant,” whether or not the other meanings stick around. Until then, however, the wise writer should avoid the word when possible and should be crystal clear about the intended meaning when it must be used.