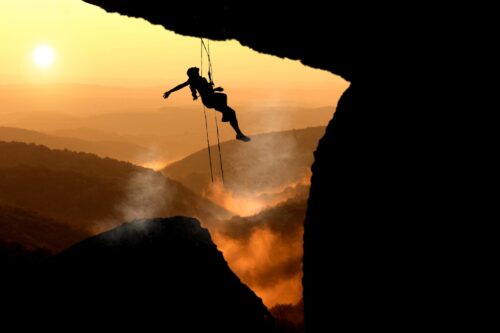 You want to keep your readers engaged with your writing to the end. You want them awake and interested in what you have to say. One way to do this is to use more active voice and less passive voice in your writing.

Active voice? Passive voice? What is all this grammar mumbo-jumbo? Simply put:

Voice refers to the form of the verb. The subject acts when you use the active voice verb form. In passive voice, the person or thing performing the action becomes the object of the sentence. It does not act; it is acted on by the verb.

There’s nothing wrong with the first sentence. It’s grammatically correct, and it gets the point across. The second sentence, however, works a little better. The reader gets the point quicker, making it easier to understand. In the first sentence, we first discover that marketing automation tools have been given. To whom? The answer comes after the verb: to us. In the second sentence, we don’t have to ask who received the tools. We know right away who received them.

Passive voice emphasizes the receiver of the action, because that’s more important, the actor is unknown, or you don’t want to mention the actor: “Because online technology is shifting so quickly, the guidelines must be updated frequently.”

Too much passive voice, however, can slow down the reading process. In today’s world, that could mean the reader never finishes reading your piece.

Active voice is quicker and easier to read. It’s direct, to the point: exactly what most readers want. It doesn’t hide the sentence’s subject, which helps build readers’ trust in what you say.

Passive: The amount of time parents with young children in tow need in the store is reduced by the new service.

Active: The services reduces the amount of time parents with young children in tow need in the store.

Garner’s Modern American Usage offers this advice for finding passive voice: Look for a be-verb (or get) plus a past participle (usually a verb ending in –ed). For example: is discussed, were delivered, been served, being flattered, and get stolen.

Also, says Garner, watch for the be-verb or get to be implied: “Recently I heard it suggested by a friend that too many books appear with endnotes.” “Being” is implied after it in this sentence, making it passive. The active version: “Recently I heard a friend suggest that too many books appear with endnotes.” You get the idea right away that your friend suggested something.

Even editors sometimes struggle to properly identify passive voice! This article was updated on May 27, 2021, with corrected examples of passive voice.