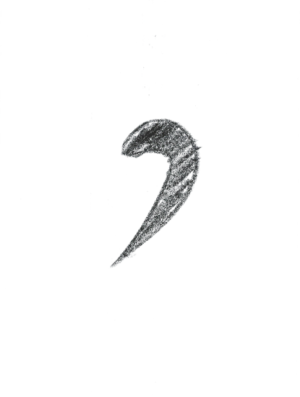 The apostrophe is one of those pieces of punctuation that get a lot of people in trouble. It looks like a comma that hangs in the air rather than on the line and causes writers no end of confusion.

The apostrophe has three main uses: showing possession for a noun, showing the omission of some letters in a word, and showing plurality of single letters, single numbers, and acronyms.

Today, we’ll go over the basics of the first rule: creating possessive nouns. We humans love to collect things (just ask George Carlin). We pick stuff up wherever we go, and we want the world to know what belongs to us—especially when we write about it. Possessive nouns and pronouns show that ownership. Positioned correctly, that hanging comma shows you who owns what.

Let’s start with the easy bit: plural nouns. If the plural noun ends in an s, add an apostrophe:

If the plural noun does NOT end in s (an irregular noun), you add apostrophe s:

So far, so good. Now let’s look at singular nouns.

Some usage books and style guides will tell you to use an apostrophe s for all singular nouns, whether they end in s or not. Garner’s Modern English Usage and The Chicago Manual of Style use this rule:

Plural nouns that have a singular meaning get just an apostrophe:

A sibilant possessive (the noun ends in an /es/ sound) before the word sake gets just an apostrophe:

And if you’re following a completely different style guide, your best bet is to look up its rule.

If the noun is a personal pronoun, you don’t need to worry about the apostrophe at all, as English offers a complete set of possessive pronouns:

As you start to pay attention to the apostrophe, you’ll see other situations that make you pause: compound words, joint possession, quasi-possessives, and more. I’ll cover these rules (and the other two uses) in a separate post.

A version of this article was originally published on The Writing Resource.

One thoughts on “Punctuation Point: Possessing the Apostrophe”