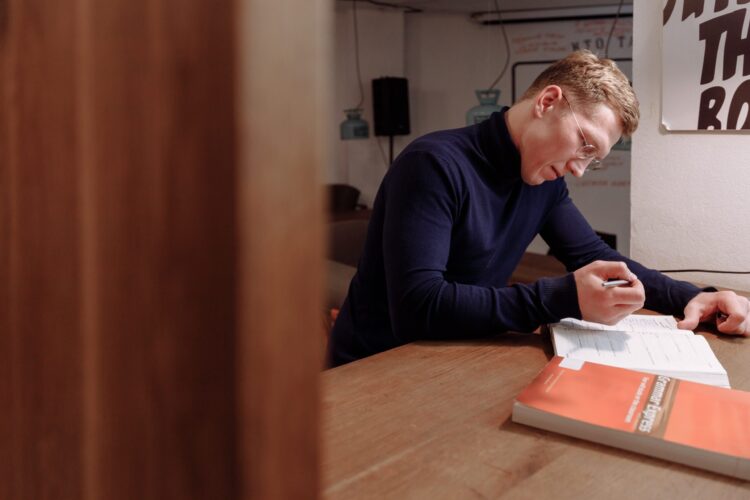 In an online forum for editors, someone once balked at then being used as a coordinating conjunction, as in:

I went to high school, then I went to college.

Look around, though, and you’ll see then used as a coordinating conjunction with surprising frequency, even in professionally written and edited copy:

Place oysters on a large rimmed baking sheet, then place an even amount of garlic butter on top of each oyster.

I popped the cup into the microwave, set it to nuke anything unfortunate enough to be caught within its grasp for thirty seconds, then raided my fridge for sustenance.

Given that these examples ended up in print, we need to ask why no one noticed the error. Can then be used as a coordinating conjunction?

Then is commonly used as an adverb, adjective, or noun to indicate time:

Will you meet me then?

We contacted the then governor of Arkansas.

Then is also used as an adverb to mean “besides,” “in that case,” and “therefore.”

The American Heritage Dictionary was the only dictionary I found that addresses the question of then as a conjunction:

The dictionary goes on to note that when then is used as conjunction, a comma is needed before it, which is different from how conjunctions like and function.

In my coordinating conjunctions article, I shared the criteria a word currently needs to meet to be considered one:

Then doesn’t meet the full criteria of a coordinating conjunction. Like so and yet, it can be paired with and, but, and or:

I walked to the bus stop, but then I decided to take the train.

While then can’t be modified, it can only join specific types of clauses and the order of the clauses can’t be switched, similar to so and for:

As I noted in my conjunction article, The Cambridge Grammar of the English Language identifies so as like a conjunctive adverb, like however, and for as similar to subordinating conjunctions, like because. If I had to categorize then, I’d say it’s more like because and for because the order of the items is generally important.

So can you use it as one?

If the use of then complies with the criteria discussed, you’ll be in good company using it as a coordinating conjunction. If the usage doesn’t meet the criteria or your audience isn’t accepting of such a usage, you’d be wise to revise the sentence.

This article originally published on March 15, 2015, on Visual Thesaurus.