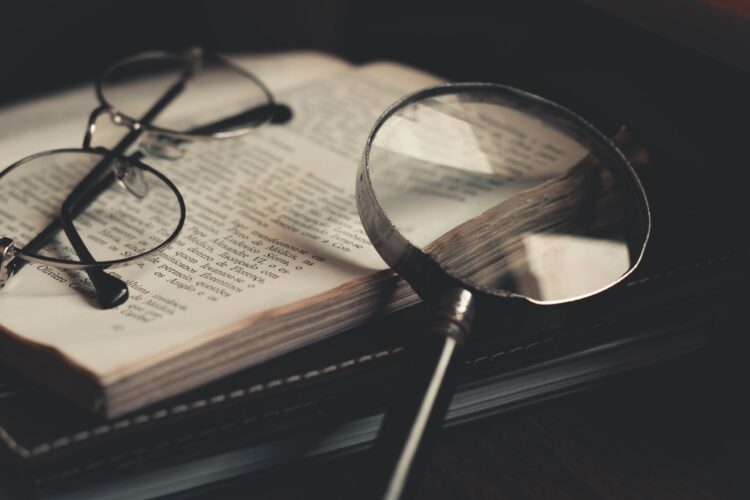 Mnemonic devices are a popular way to learn difficult-to-memorize information, especially facts that otherwise don’t seem connected to each other. They work because they encode the new information with known information or easier-to-remember information, such as rhymes, acronyms, and images. Acronyms like Roy G. Biv and HOMES not only aid memory at the time of learning but can stick with us throughout our lives.

Successful mnemonics encapsulate simple information that has a black-and-white clarity. Once a little gray creeps in, however, mnemonics lose their power, so that shades of meaning are lost or the information is incorrect altogether.

Mnemonics are popular for teaching language lessons, but the editor who relies on them without testing them risks introducing errors into the manuscript. I’ve collected several popular language-related devices below to test their veracity. Which are truly helpful and which lead editors down a false path?

Mnemonics are well suited to spelling. Gray areas are few; the device often captures one spelling for one word. The Oxford Royale Academy offers many spelling mnemonics, a few of which are seen in Table 1.

But what about this one, popular in elementary-school spelling books?

I before e except after c or when it sounds like a, as in neighbor and weigh.

The “i before e” rule works for believe, die, friend, receive, ceiling, receipt, and many other words. But there are also many exceptions (see Table 2).

The exceptions are so numerous that they make the mnemonic useless. Editors would do better to rely on dictionaries and spell-check functions instead.

Mnemonics for remembering usage rules might be more beneficial to editors, as looking up rules can be time consuming. But how many are as good as they seem?

Your Friend, the Principal

If you can’t remember whether you should use principal or principle for the person who runs the school, you might use “The principal is your pal.” You can then connect that information with other uses of principal by remembering the principal is the main person in charge of a school. By extension, the principal city in an area is the main city in that area. The definitions are related.

Principle is used for other meanings, such as “a basic truth” and “a key source.” We can see a connection between definitions here, as well: both have a sense of being central or foundational. We can keep this mnemonic.

Have you ever used this mnemonic?

Definitions for affect and effect are not as tidy as those for principal and principle. Both words have multiple meanings and usages.

Affect’s most popular usage is “to influence a change.” That’s the action referred to in the mnemonic. But as a verb it can also mean “to falsely appear,” and as a noun it can mean “a feeling or an emotion” or “the appearance of a person’s emotional state.”

Effect’s most common usage is as a noun: “a result,” which the mnemonic points to. But it also can be used as a verb: “to cause to happen.”

As American Heritage Dictionary points out in its Usage Note at affect, “If someone affects something, there is likely to be an effect of some kind, and from this may arise some of the confusion.’

Depending on what you edit, you’re likely to run into any of these secondary definitions, which render the mnemonic misleading, if not completely useless.

We tend to think of grammar as falling into the black-and-white category. We want it to be, but it rarely is. And a popular mnemonic demonstrates how difficult that makes using such devices to apply rules.

The acronym FANBOYS is used (along with some variations) to teach English’s coordinating conjunctions: for, and, nor, but, or, yet, and so.

As you can see from Table 3, only and, but, nor, and or meet all of the requirements for coordinating conjunctions, while for, so, and yet meet only a few.

The Girl Scouts considered their sale a success, for they had sold every box of cookies.

So and yet are more like conjunctive adverbs, such as however, according to CGEL:

Sara’s car is in the shop, so she will need a ride home.

The final is tomorrow, yet Tom can’t seem to focus on studying.

In other words, even the linguists aren’t sure what for, so, and yet are in this situation. What they aren’t is coordinating conjunctions. So if you’re using FANBOYS to identify equal constituents, you’re being led astray. Editors would be wise to forget FANBOYS.

One new-to-me mnemonic I found was “P comes before T.” That is, place adverbials should come before time adverbials in a sentence:

An expansion of this rule is that manner comes before place and place comes before time, putting the three in alphabetical order:

Why do we have a strong preference for a specified order of manner, place, and time adverbials? It’s largely semantics.

“P before T” is a good mnemonic, then, for English learners, who are learning the most common patterns. But editors are sophisticated English users who must balance expected adverbial order with semantic and rhythmic needs. We’re concerned with substance and subtext as well as the surface. This is another mnemonic to jettison.

What to Do with Mnemonic Devices

Mnemonics are useful for everyone when the information is simple and straightforward. Roy G. Biv is a great way to remember the colors in the rainbow. “The principal is your pal” really can help you choose the right spelling.

But many mnemonics related to language either oversimplify a complex situation (P before T) or are flat-out wrong (FANBOYS). These are rarely helpful for the professional editor, who must deal with those complexities on a regular basis.

Before depending on a language mnemonic in your editing, do some digging. You may find the mnemonic will do more harm than good.

This article originally published in the February-March 2018 edition of Copyediting newsletter.