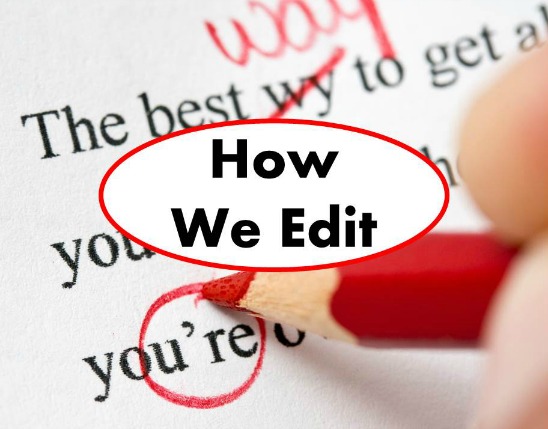 How do you feel about the phrase due to? Does it just mean “attributable to” to you, or can it also mean “because of”? The answer largely depends on your perspective.

Copyediting is well-known to appeal to a prescriptivist crowd. Many copyeditors are very strict about language rules and are very much in favor of the traditional ways of doing things. I’m a little more laid back, believing that language rules should describe how we use the language and that how we use language changes all the time.

Prescriptivism describes how language ought to be used. That’s not a bad thing in and of itself. Writers and editors need to understand the rules of language to ensure copy communicates the writer’s desired meaning. We all know that the subject of a sentence and its verb must agree in number: We are jumping, not we is jumping. English speakers have collectively agreed that the force that keeps our feet on the ground is called gravity, not bed, horse, or zdyoeare. Those rules must be enforced if the writer is to be considered literate and their message is to get through. My job as an editor is to enforce those rules and many, many more. The rules are a shared understanding. When we agree upon them, we can communicate — and that is the point of all language.

But language changes. Hence, we no longer write like Chaucer, Shakespeare, Emerson, or even Hemingway. (Well, we could, but we’d sound dated.) As language and its rules change, we lose agreed-upon rules and meanings, which inhibits communication. There are those who are more comfortable embracing change and who are more willing to allow those changes to be reflected in speaking and writing. Those folks, the descriptivists, tend to describe the rules of language rather than prescribe what they should be.

I don’t see prescriptivism and descriptivism as mutually exclusive enemies but more of a range. As an editor, I’m bound to be a prescriptivist to a certain degree, but I also see the value in describing the language as it is and embracing change to a certain degree — and that degree is variable. It all hinges on communicating meaning. I have a checklist in my head that I run through before allowing something new in writing, such as:

Prescriptivists and descriptivists can learn from each other, wherever they lie on the continuum. I have been learning a great deal from the Copyediting readers and my new readers here. I have to research and defend my choices. I am reminded of good reasons to follow more traditional rules. I often edit web content, which is more relaxed. Exercising my prescriptivism muscles helps me do a better job editing by thinking more about my decisions rather than just making them on autopilot. I hope that I am helping prescriptivists to think a little more about the rule changes, to see the value in some of those changes, and to be a little more comfortable with situations that can go either way.

This isn’t a new debate, and smarter folks than I have commented on it. For more on prescriptivism and descriptivism, check out the following links:

Where do you fall on the prescriptivism-descriptivism continuum? Share your thoughts in the comments section below.