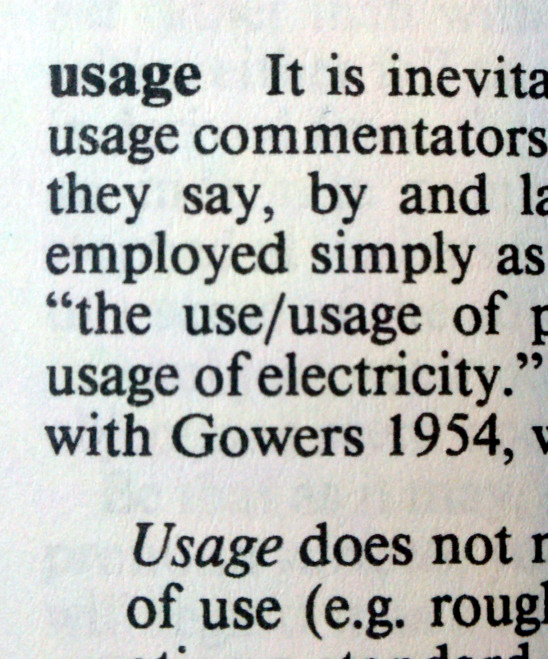 A while back, someone asked me the difference between in case of rain and in the event of rain. Were the two interchangeable, or did they mean different things, as the questioner thought? At first blush, I thought they must be different. In case of isn’t the same as in the event of. Which just goes to show why writers and editors should do their homework.

A short while later, Jan Freeman started a great debate in her Boston Globe column, and The Chicago Manual of Style continued it on Facebook: Is it couldn’t care less or could care less? Most posters voted for couldn’t care less. In his Modern American Usage

, Garner agrees, labeling could care less for couldn’t care less at stage 3 in his Language Change Index: it’s “commonplace even among well-educated people but is still avoided in careful usage.”

On the other side of the debate, AHD labels could care less as an idiom, although secondary to couldn’t care less. The Oxford Dictionaries Online agrees with AHD. Interestingly, Grammar Girl Mignon Fogarty deconstructs could care less in a 2009 podcast, advising against using it because it doesn’t make literal sense. However, in her Grammar Devotional, Fogarty admits that as much as she dislikes the phrase, it is an accepted idiom. As one debater pointed out on Facebook:

The point is, there’s no debate because the only people arguing are those who reject “could care less.” The other side (a vast majority) IS NOT ARGUING, just continuing to say “I could care less” & being understood by everyone.

That the phrases in question are idioms is key. An idiom doesn’t have to make literal sense, and its grammar is unique to itself (“peculiar,” say both the AHD and OED). Maybe that’s why writers use them and editors try to remove them. Writers are focused on saying what’s in their heads and sometimes an idiom is just the thing, logic or no logic. We editors spend time putting words into line, making them follow known rules of grammar. No “Get Out of Jail Free” cards from us. Then an idiom comes along and flaunts its apparent meaninglessness before us, daring us to wield our mighty red pens (or pixels, as the case may be). We crumble before it, helpless, because that idiom is accepted language that readers will understand.

No one is expected to recognize and know all idioms, all the time. Check your resources to see if something is an idiom and whether it’s widely accepted. Consider: What does this mean to the reader? Will they understand it? Accept it? If not, try different wording. It’s not a matter of flaunting illogical text in front of your editor or of wrestling ungrammatical phrases to the ground. It’s whether something is idiomatic and whether it has a place in the context.

What do you think? Share your thoughts in the comments section.

This article originally published on The Writing Resource in 2010.