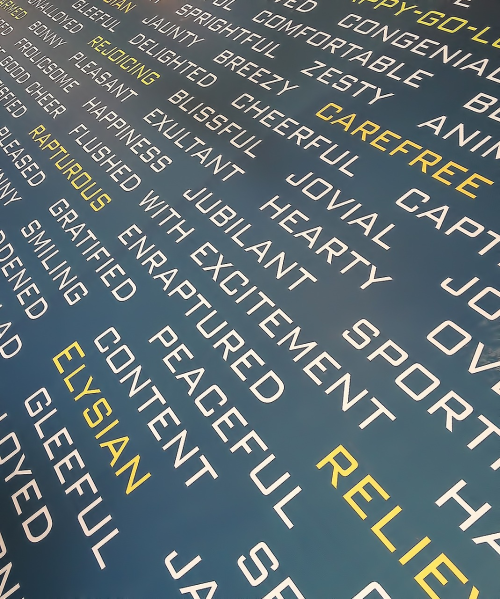 Adjectives can be a writer’s greatest friend, creating rich images and clear meaning. They can also be a writer’s worst enemy, convey conflicting ideas and tripping them up at every juncture. Today, we dip our toes into the pool of adjectives with a few general rules.

An adjective is a word that describes a noun. It usually comes before the noun (attributive), but it sometimes comes after the noun (predicate).

attributive: a blue dress
predicate: The dress is blue.

Nouns are often made into adjectives:

A system
A system price

Use the singular form of the noun for the adjective, not plural:

Unless (you knew there’d be an unless, right?) the plural form functions as a singular noun:

When do you use the noun form and when the adjective form of a word, you ask? Good question. Bryan Garner points out examples of each:

First, consider whether there is a different meaning results from adjective and noun forms. Again, a Garner example:

If meaning isn’t an issue, which would the reader expect? A general readership might trip over pronominal problem but would immediately understand pronoun problem. A group of grammarians might prefer the former.

Good writing is clear and free of ambiguities. Your reader gets your meaning the first time. An adjective that is used as a noun and then used as an adjective can be confusing. Consider:

Do we mean to say that the Boston Food Bank doesn’t offer adequate relief through food distribution? It’s more likely we mean that the food bank offers relief for the poor. (It’s also likely that the sentence would benefit from a rewrite, but I digress.)

Another source of confusion is when a noun that usually follows a preposition is instead used as an adjective:

Is the report advocating that others be aware of criminals or that criminals be more aware?

A third confusion comes in with adjective (or adjectival) phrases: which words go together? Your style guide will have specific rules; Chicago has restored its wonderful hyphen chart to the 16th edition (find it at 7.85). But you should know a couple general rules:

There’s so much more to discuss with adjectives. Send me your issues, and I’ll cover them next.