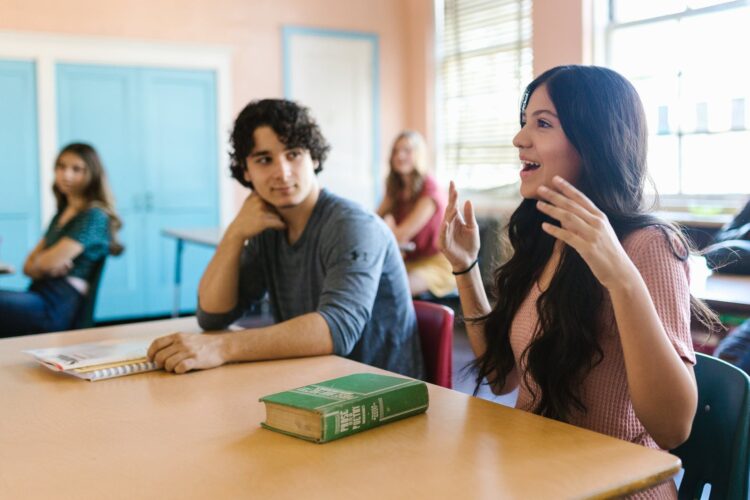 While teaching a Copyediting II course, I once was in a discussion about our pet peeves. I always enjoy this conversation because our peeves are so personal, and I get a clearer sense of who my students are. Our peeves aren’t just the results of what our elementary school teachers taught us, but also of our likes and dislikes.

During the discussion, a student shared a former manager’s peeve against get. The manager wouldn’t use it in speech or writing. “He just felt that there was always a better word. As a result, I now have to be careful not to automatically query this word when editing,” said Louann Pope.

Dismiss get entirely from the language? That had to be an unusual stance, a sighting of a rare zombie rule. But another student, Matthew Thompson, responded, “I wasn’t allowed to use the word get in any writing in high school, and so I’m inclined to agree that there’s usually a better word.”

Clearly, get is a useful little word. Garner’s Modern American Usage quotes Anthony Burgess on just how useful it can be:

“Foreign learner and native speaker alike can get through a great part of the day with only one verb … ‘get.’ … I get up in the morning, get a bath and a shave, get dressed, get my breakfast, get into the car, get to the office, get down to work, get some coffee at eleven, get lunch at one, get back, get angry, get tired, get home, get into a fight with my wife, get to bed.”

What, then, is the problem with get?

Krystle Jones summed it up nicely: “I agree [it seems] alright in informal writing. In formal writing, it almost sounds tacky, like it discredits the author’s professionalism somehow.”

Scan through the various definitions of get, and you’ll find about a dozen usages labelled as “informal,” “slang,” or “nonstandard.” “To overcome or destroy” and “to hit or strike” are both informal usages, as are get it, get (one’s) (“to receive one’s due punishment”), and get somewhere.

“To meet with or incur” doesn’t have a label, but AHD’s usage note outlines a problem with it: “The use of get in the passive, as in We got sunburned at the beach, is generally avoided in formal writing.” But what should you use instead? Incurred? Were?

Aside from memorizing the multitude of senses and subsenses for get, how do you know when to edit it?

Don’t reject a usage out of hand, either, just because it’s informal or slang. As Constance Hale writes in Vex, Hex, Smash, Smooch, “Choosing the right verb, the perfect gem, does not always mean being highbrow or writing for a literary audience. It requires understanding what’s right for your piece, what best serves your purposes.”

A version of this article was originally published on 5/6/2014 on Copyediting.com.

2 thoughts on “Getting Rid of Get?”